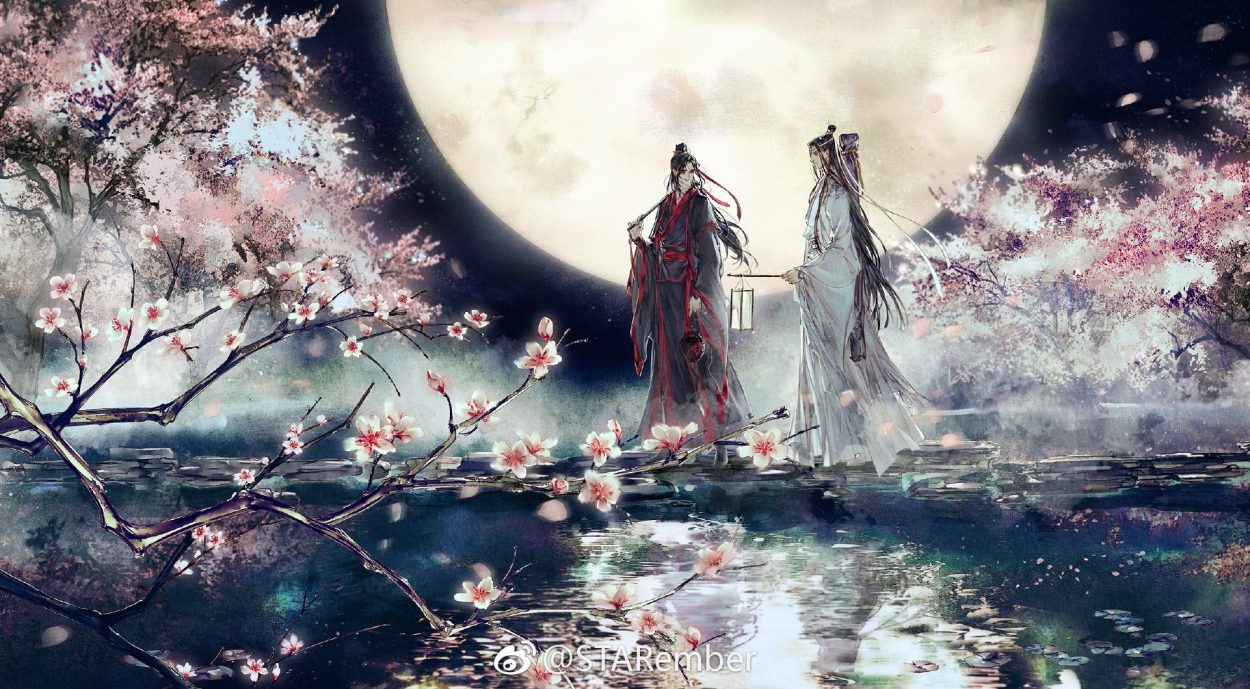 Chapter 7: Did You Come Here To Crash The Stage?

[T/N: as soon as I plan on updating regularly, life gets pretty busy. I shouldn’t have planned anything and just go straight and do it.] It was still unknown how far this post could go. After a morning passed, Ji Xingjue was being stared at wherever he went. […]

Chapter 6: To Me, You’re Harmless

With words without the slightest hesitation were said, both of them were startled. Qi Qing tilted his head away uncomfortably, his lips pursed up until it lost its color, and only after a moment did he turn his head back, saying with a calm tone: “To me, you’re […]

Ye Nanqi, who was forced to play in the office, turned around and glanced at the closed office door, while thinking about the perfect reason to explain his whim. When he turned back, Shen Du was already standing behind him. He was completely different from when he was […]

Chapter 5: Mrs. Marshal Must Sleep With The Marshal

The little thing throwing at his feet was a robot that was just at his knee. It had a design of a childish cartoon with a plump body, looked extremely clumsy, and there were two ridiculous rabbit ears on its head, which were its information receivers. As for […]

Chapter 4: As A Married Person, Pay Attention To The Distance From Others

What did he mean by hadn’t been offered yet? The vein on Ji Xingjue’s forehead jumped. Qi Qing, looking at Cecilie, nodded in greeting: “Miss Cecilie.” Cecilie quickly glanced at the signature on the application form and pondered for a moment. Considering that the replacement of the Imperial […]

Chapter 3: It’s Nothing, I Just Dedicated Myself To Science

…..unexpectedly, he would still be humiliated about his ugly writing after falling apart for many years. This was Ji Xingjue’s first thought. Immediately after that, he reacted and put away his sloppy expression. “You’ve been monitoring me?” Qi Qing indifferently scanned the application form, not in the least […]

To substitute those wretched bastards, sacrifice one definitely wouldn’t be enough. Moreover, catching one was also catching, so Li Hengran accepted it without being polite. Such big news was spreading with no time and Xue Xiangyu heard the news early in the morning. When meeting with Ye Nanqi, […]

Another blind date failed. Fortunately, the teacher who was keen to introduce him to the blind date entered the closed-door laboratory, otherwise he would be scolded again. Ji Xingjue hadn’t slept well recently, and as soon as he got home, he cleaned himself up and closed his eyes. […]

Chapter 1: If I come back alive, you will pay the price of being a traitor

The personal smart terminal made a few beeping sounds, showing off today’s to-do list. Enforcement reminder with crazy vibration that couldn’t be turned off. Ji Xingjue dizzily raised his head from the messy bedding, lifting his eyelids and glancing at it. A few lines of shocking blood-red characters […]